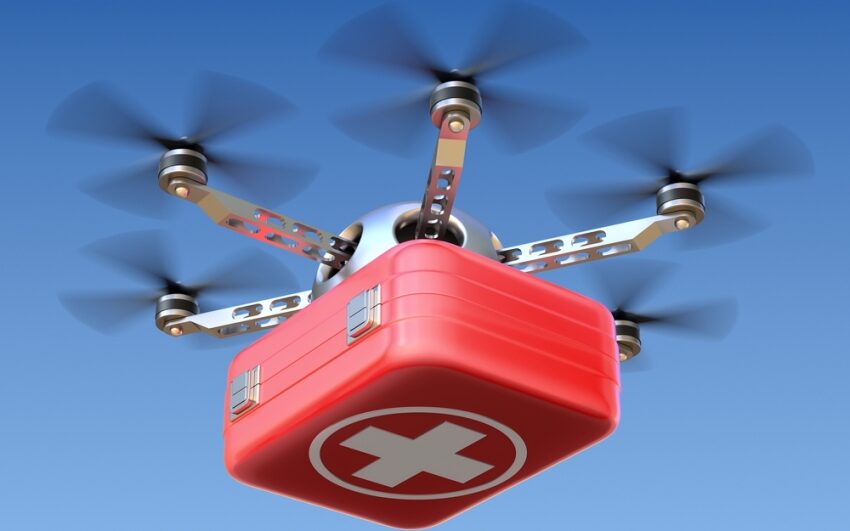 We are still with the ground-breaking report, compiled by the collaborative efforts of the World Economic Forum and consulting company Deloitte, and while we covered Deloitte’s input yesterday, today the focus is on the report released by the WEF – which they named Medicine from the Sky: Opportunities and Lessons from Drones in Africa.

While Deloitte trained its focus on the factors to consider when assessing the long-term sustainability of drone operations, especially in the delivery sector, the WEF report tells the story of how non-government organisations are fighting to keep humanitarian drone delivery projects afloat in many African countries, with the situation calling for urgent governmental support – or for more funding from international donor organisations.

“Data from numerous drone vendors and organisations involved in recent last-mile drone programmes indicates that many projects are financially challenged, despite having a substantial impact on local health outcomes,” the report said in part. “Many such programmes, including the one resulting from the partnership between the Government of Malawi and VillageReach, rely on funding from outside donors, such as international donor organizations (IDOs), or are otherwise supported by government funds.”

The report was referring to the case of pilot drone projects in Malawi, where international health care organisation, VillageReach partnered with drone delivery logistics companies Wingcopter and Swoop Aero between July 2019 and February 2020, to use drone to deliver HIV and AIDS medicines in the eight health facilities in Nkhata Bay region in Northern Malawi.

The pilot projects were donor funded, and luckily, they survived the trail tests, with Wingcopter and Swoop Aero continuing delivery operations in the central and northern parts of the country respectively.

“Wingcopter with support from the Deutsche Gesellschaft für Internationale Zusammenarbeit (GIZ) and in partnership with UNICEF and the African Drone and Data Academy (ADDA) has secured funding for an 18-month project to establish and expand drone delivery of medical supplies including COVID-19 vaccines to the central region of Malawi. With support from the Malawian Ministry of Health, Wingcopter is in the process of developing a delivery drone network that would cover a majority of the 7 million population catchment.”

But, without financial support to sustain them beyond the pilot, other projects have not been so lucky. Governments may not have funds to keep drone programmes that were previously otherwise funded by donor aid, and there may not be other options available within the country that can intervene to provide additional support.

“Unfortunately, the funding from international donors for both projects was short term. Given the workforce and operational investment already made by both the Malawi government and Swoop Aero, and the noteworthy progress for the drone ecosystem in Africa, the lack of continued funding presented the risk of a significant loss to both parties.”

It is a daring challenge to African governments, who have been presented with a low hanging fruit and a short cut to serving their remote communities with adequate health care infrastructure through the use of drone technology, which requires way less capital injection when compared to road and manned air transport.

Because, when it comes right down to it, they cannot keep dumping crucial welfare operations like the health of their nations’ citizens on international donors. That is simply neither workable nor sustainable in the long run. Getting help to set up the initial infrastructure is alright; it is the perpetual dependency on welfare that is threatening to be the bane of many a civilisation on the continent. Many papers have been written on Africa’s borderline addiction to foreign aid; suffice to say it is not helpful in the long run.

Because with drone technology offering last mile delivery convenience, the only responsibility for governments will be to set up distribution centres from where drones can operate, and keep them supplied with medical stocks. The drones will do the rest.

Surely that cannot be so hard to do?

That is what happened when Zipline established its operations in Rwanda and Ghana. The WEF report gave more details about the financial aspects of Zipline operations, a in rare glimpse of what happens behind the scenes in the drone business.

“One path to sustainability is securing funding as a service financed partially or wholly by a country or state health budget,” said the WEF report. “The governments of Rwanda and Ghana allocated a permanent budget for Zipline’s monthly operations through their ministries of health from the beginning of those services. Treating it as a healthcare delivery solution, these governments were able to pay for Zipline services by eliminating other upstream and downstream costs in their health systems. Zipline has secured similar state-level budgetary approval in its newly announced system in Kaduna state, Nigeria.

Kim's take on security drones in 2021

Wingcopter in Malawi to stay

Drone companies and the quest for medical delivery in Africa