TerraCam drones to the world

Most folks in South Africa woke up to the reality of drone technology around 2015, when its applications to various commercial ventures were beginning to attract regulatory attention.

But for Rolf Schlub, drones have been his daily bread since 2010 when he join a then newly formed Swiss drone start-up called Sensefly, designing Swinglet CAM drones for the company.

Having seen what the drones could do, especially in the area of photogrammetry, Rolf saw envisioned an opportunity where he could use some of those Swinglet CAMs on the African terrain.

So he brought the drones home and started TerraCam.

Founded in 2012, TerraCam is one of the pioneers for drone services Africa; and they claimed their space through sweat and toil.

“Through countless demonstrationss, conferences and seminars, we shaped the initial awareness of the advantages of drones in various industries including mining, agriculture and construction and pioneered the industry for others to follow,” Schlub says of those hatchling days for the industry. “Today, we specialise in the integration of professional drone solutions for clients wanting to establish their own in-house drone capabilities. After the integration, clients can independently conduct on-demand aerial surveys, aerial photography, blast filming, mine maps and much more.

Schlub recently sat for an interview to retrace those first steps all those years ago, which have now taken him to many countries around Africa. In the interview – for which we have Diversified Game Podcast to thank – Schlub explains the regulatory minefield he has had to negotiate to operate in the drone space in Africa, and what made his venture the success it is.

I started Terracam in 2012. My background is in aerospace engineering and I helped develop survey drones in Switzerland in 2009. So I took those drones back home to South Africa with me in 2012, and started approaching various industries, educating them about commercial drone utilisation

At that time and the word drone was associated with only military activities; commercial drones were an unknown technology to industry then. So we conducted a lot of demonstrations to educate those industries – mining, agriculture, construction and others – about how to use drone technology to benefit their workflows. We got a lot of interest from surveyors, and agricultural and construction companies.

But then we had to pivot our strategy a little bit, because the drone services space started to get saturated. We retrained our focus to assisting large enterprise clients on integrating their own drone solutions into their work force.

Our clientele is scattered across Africa, and our biggest focus is on the mining sector, where we integrate drone solutions for various disciplines within the mining realm. We started with surveying; specifically photogrammetry, which is basically stitching 2D photos together and then generating geospatial data from those images.

From there, we expanded to inspection drones. I am actually in Ghana at the moment, doing drone integration for a mine looking to use the UAVs for large-scale surveillance. The mine has been experiencing illegal mining problems around its gold mines; so we are working with it on large scale perimeter surveillance. We deployed security drones to patrol the perimeter, identify where the weak points are, and to track targets. We helped the mines integrate these drone solutions so they could operate them in-house.

On how hard it was to start drone operations, given all the legal obstacles

It wasn’t that difficult, actually. Drone technology was not widely known in 2012, so in the beginning we kind of had a carte blanche; before the regulators came on board, and started to understand what drone technology was all about. The initial demos that we did were fairly straightforward.

Similar regulations are starting to spread around the continent, making drone operations more challenging. Most countries are also members of the International Civil Aviation Organisation (ICAO), which has drafted a framework for drone regulations, and the countries’ drone laws follow the ICAO principles.

Even shipment of lithium polymer batteries has become difficult; drone operators now need to always be on top of our game when it comes to the rules.

On whether he thinks drone regulations are designed to make it hard for legitimate drone operations, or to keep out the bad actors

You can say it’s a double-edged sword. In a way it does hamper the progress of the technology a little bit. The additional red tape limits the growth and implementation of a technology that could potentially be a game changer for many industries.

Obviously, the law means well, in its attempts to regulate drone utilisation, so as to prevent sinister activities. But there is also the danger of over-regulation, like we saw in South Africa, where civil aviation authorities had a very stringent regulatory approach from the start.

Perhaps, as the technology becomes more familiar to regulators, they will start easing things more, in order to make drones more accessible to more industry players.

On whether the authorities will catch them if they just decide to fly below the law’s radar in remote areas.

They won’t. The law is based on a trust system, because it is difficult for authorities to police all the activities.

I know DJI has installed software on their drones, which wouldn’t allow operators to fly their drones in certain areas. A bit like inbuilt, calibrated no-fly zones for the drone. But that is for developed countries; in Africa the concept of no-fly zones is not really applicable as yet. So what we do for our large mining clients in Ghana is, we interact closely with regulators just to make sure that the legislation is adhered to and that the mines can operate safely that yet you and the month can operate safely

Besides a few drone crashes her and there; no. We have not had any serious accidents. Some of our drones have come under attack by birds of prey, especially in West Africa. We have had some big birds attacking our drones, especially the fixed wing drones, which the birds have literally snatched out of the air and crashed. We have lost a few drones from those attacks.

But in the mining premises, where everybody would be wearing protective clothing, we have not had anything serious. We are always cautious, and especially stay on the lookout for low-flying helicopters. So we have radios with which we communicate with air traffic; and in the standard operating procedures that we write, we always make that our pilots ensure that those bullion flights to take gold out of the mines are aware of drone operations.

It depends on the type of drone we train them on. If it is a smaller drone, like a DJI Mavic, it will typically be a five-day training programme. But with the big surveillance drones, the training can take up to three weeks; because one needs to understand the complexity of the system, its electronics make up and how to maintain it, keep it air worthy and understand it properly.

On what makes a good drone pilot

Good technical aptitude. An engineering or some kind of technical background is a huge advantage, because it will help with troubleshooting any technical issues with a drone, should it arise in the field. One has to understand the technology very well too.

There is some mathematics involved in operating a drone, but now it is no longer really required because the technology is also becoming more and more simple to operate. The fact that drone systems are becoming more intelligent, more failsafe and more self-aware takes the strain off pilots and operators. It is no longer really mandatory to have high skills in mathematics.

On expansion plans and foraying into the delivery space

It depends with the regulators (because an operator’s certificate limits one’s operations to only the activities they listed in their application). For example, in South Africa, flight range beyond the visual line of sight (BVLOS) is limited to only one kilometre at the moment, and one has to meet certain requirements for longer flights, which include redundancy, autopilot or GPS capabilities in case the drone fails mid-air.

But we definitely would love to explore the space of drone deliveries and in the future; once the regulators open the airspaces more.

On whether some of the pushback on drone technology is because there is corrupt intent from some civil aviation circles.

I can’t say that that’s not the case. The unfortunate reality is that there is still a lot of corruption on the continent, even though some regulations are just stringent because of technological ignorance. But there are instances where you could potentially get away with flying BVLOS if you know the right people.

On which countries their operations are based in

Our mining operations are mainly based in Ghana, which has a rich gold belt that runs from Takoradi all the way to Kumasi; and there are a lot of gold mine along that belt. Zambia has a copper belt too, and we do a lot of business there. So too the Democratic Republic of Congo and South Africa, which have a lot of minerals.

Other countries also have massive agricultural economies where our drone services will be appreciated.

There are also countries hostile to drones, and we have avoided travelling to them. Countries like South Sudan, Somalia and Egypt, where we have tried to deploy drones, but that’s an absolute no-go area at the moment. The Egyptian drone market is completely controlled by the military and we have been unable to penetrate it as of yet.

But as for other countries in Africa – Ivory Coast, Senegal, Ghana, Togo, the DRC; the whole of the SADC countries – all these have become very familiar with the commercial drug utilisation.

We try our best to create employment opportunities for local people though sourcing local pilots from the countries in which we operate; so we can support the local drone industry as much as we can. We set up local enterprises, by partnering with local start-ups in order to promote job creation within those communities.

We also create sub-distributor agreements with local drone service providers in country we operate in. 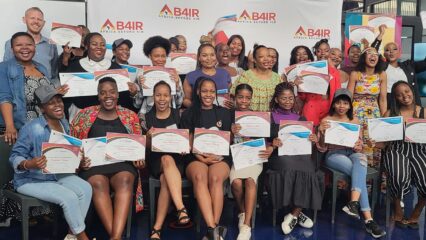 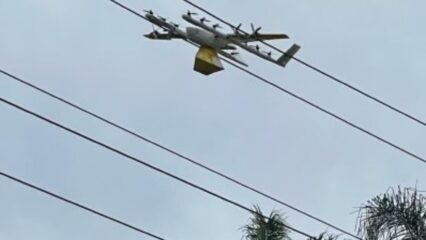 Wing drone goes down Down Under 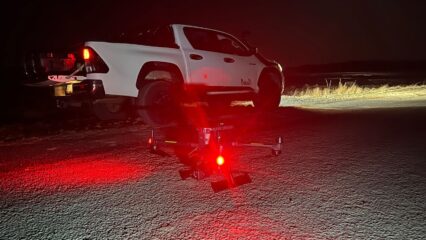 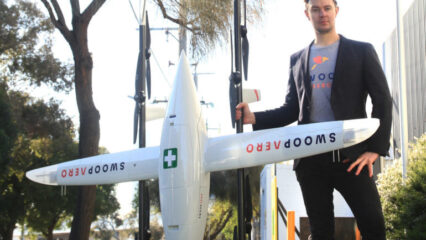 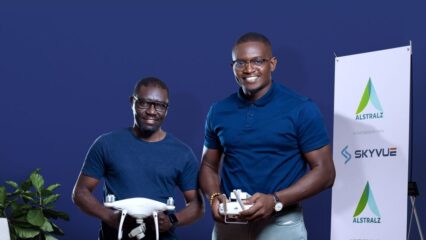