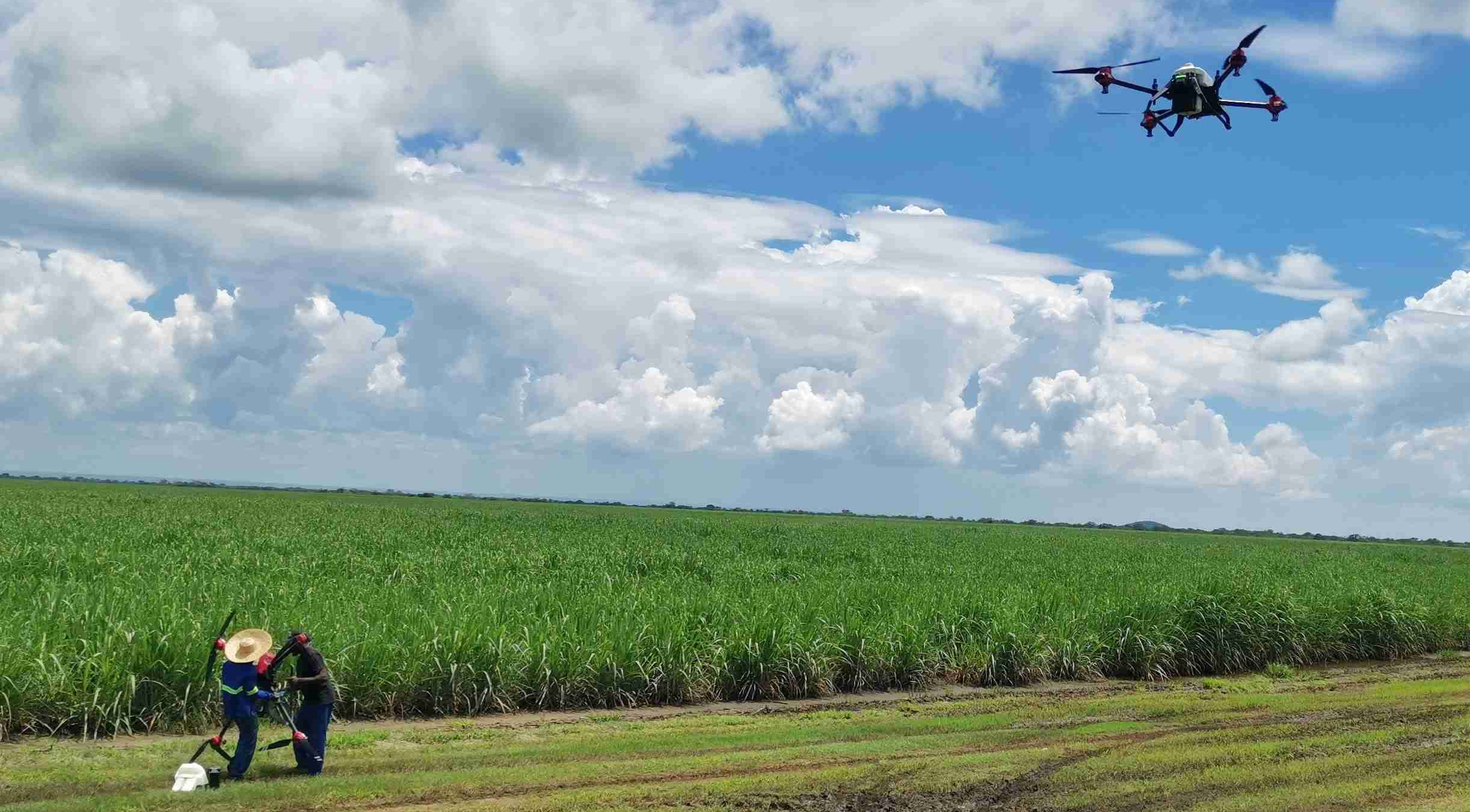 In news that should surprise no one, agricultural drone manufacturer XAG has discovered that drones can be an answer to the virulent locust plague that has the Horn of Africa in a vice grip right now.

Well; right off the bat, XAG; we are glad you finally noticed. Because we knew that already. In Ethiopia they have called in drone experts from home and abroad – going as far as Israel – to bring in the unmanned aerial crop sprayers to work on the destructive insects.

What they need is more drones; and it would be really great if somebody who has a lot of drones in their inventory could lend some to the troubled areas. Somebody like XAG, perhaps? DJI did it during the height of the COVID-19 first wave in the USA, when they loaned 100 drones to emergency services workers in more than twenty states, so they could help in combating the disease.

Because that is what east Africa needs right now.

“In the past few days, there have been new reports from northeast Ethiopia of swarms in Afambo, Asayita and Dubti districts of the Afar region as well as in North and South Wollo zones in eastern Amhara region,” the Food and Agriculture Organisation said in its January 22 update on the situation in East Africa. “The swarms are likely to have arrived from the Sitti zone near Dire Dawa and northwest Somalia. There is a risk that the swarms could continue to move further into Amhara and reach the Tigray region. Elsewhere, immature swarms are present in Oromia and SNPP regions.

“In Kenya, several immature swarms continue to arrive from the north, mainly appearing in the northeast and east, from where they are spreading west into northern and central counties. Swarms have now been reported in 11 counties (Mandera, Wajir, Garissa, Marsabit, Turkana, Samburu, Laikipia, Isiolo, Meru North, Meru Central, and Tharaka) compared to seven at the beginning of this week. So far, only a few swarms have started to mature. In the southeast, fledging is in progress near Taita Taveta, causing small immature swarms to form while a few late instar hopper bands are present along the coast.

“As conditions remain dry in some areas, the swarms are expected to disperse throughout southern and northern Ethiopia and north-central Kenya. Any rainfall that occurs in the coming weeks will cause swarms to mature and lay eggs that will hatch and give rise to hopper bands during February and March.

“Intense ground and aerial control operations are in progress in both countries to reduce current swarm populations so that the scale of the upcoming breeding may be lower.”

We know the imminent human cost to this, if this plague of biblical proportions is left to spread across the region unabated – more that 20million people face starvation in at least six countries – Ethiopia, Kenya, Somalia, South Sudan, Uganda and Tanzania. One million hectares of land are in the line of fire if the FAO fail to raise the funds and material help needed to destroy the locusts.

In response to the latest FAO update, XAG has released a statement touting their drones as having the capacity to contain the locust swarms, which are almost impossible to tackle in the afternoon when they are on the move.

“In times of this crisis, drones provide an innovative complementary solution to the more expensive manned aircraft or the less effective manual spraying method,” XAG said in its statement. “They can be used to conduct ultra-low-volume (ULV) precision spraying of chemical or biological pesticides to kill the locusts, especially in the impacted areas otherwise inaccessible for ground vehicles and aeroplanes.

When the locust swarms are unscrupulously flying and densely-packed during day, it is suggested unsafe and ineffective for drones to carry out spraying operations. However, XAG’s agricultural drones with night-operation mode are able to join the locust “air force” under certain circumstances. They can either target the wingless nymphs and hopper bands at the early stage, or launch an attack when the flying adults settle down after sunset.”

In Zambia, the company’s global partner in Africa, Sunagri Investment Zambia, recently made a dry run of a typical drone response to a locust emergency, demonstrating the XAG drone’s night-time locust control and precision crop-spraying capabilities before the country’s agriculture and disaster management officials in the country.

“During daytime, the locust swarms spread out over an extremely large area and stay mobile in the air for long periods,” explained Fraser Zhang, Sunagri founder. “Their dynamic movement makes them much more difficult to be contained. But at night, what we would aim for are static objects which can be accurately sprayed. The first step is to survey and map the fields before sunset in which locust swarms are identified. Then drones can be deployed at night to concentrate their spraying forces against swarms which become inactive and rest on trees or on the ground after sunset.”

Sunagri has prior experience with pests before, providing drone interventions that yielded success to manage the crop-devouring fall armyworm in Zambia in 2019.

While all this is well and good, perhaps now is the time that they lent a few of their drones to a noble cause and help in keeping a sustained onslaught against festering sore in the Horn of Africa.