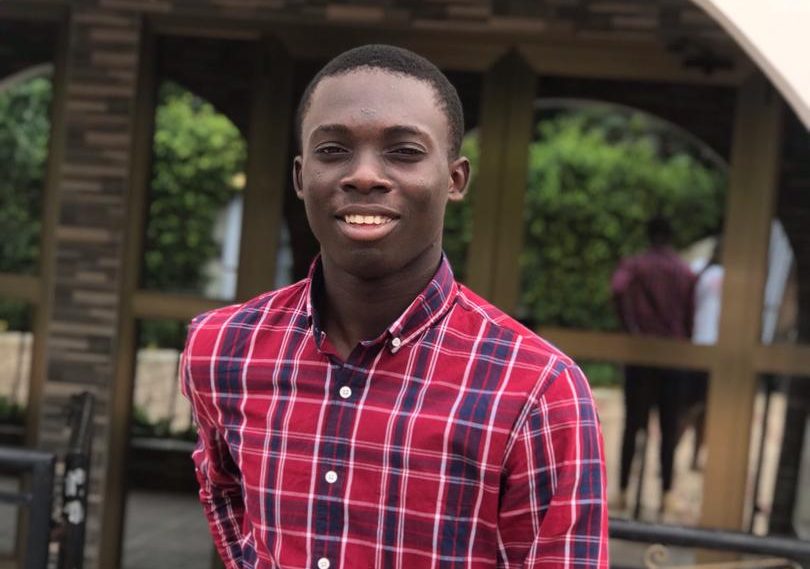 ACCRA – A Ghanaian student hopes to one day solve his country’s transport problems by developing drones and nanotech-incorporated cars and trains that will operate without spatial constraints.

Michael Obeng has now taken the first step towards realising this dream by winning the University of Hong Kong Scholarship for Future Leaders, which supports talented students from developing countries to pursue their dreams with the Chinese university. Scoring 1,560 points on his SATs – which HKU say were in the top one percent worldwide – Obeng beat competition from other applicants from countries like Madagascar, Nepal and Nigeria to land the prestigious opportunity.

“As a child, I used to be interested in cars, buildings, power stations and marvel characters,” says Michael, who will be studying towards a Bachelor of Engineering Degree. “But what truly amazed me were the individuals who had the intelligence to put things together in that manner. That was how my love for engineering began.”

Michael hopes to learn about nanotechnology, which he is convinced will revolutionise modes of transportation. He aspires to create nanotech-incorporated cars, trains and drones that could move everywhere without spatial constraints, effectively cancelling out traffic jams and eventually eliminating motor accidents.

“One of the major problems my country faces is transportation,” he says. “Very few people have access to an efficient transport system. Accidents are frequent and regarded as common occurrences. My dream is to use technology to put an end to these road accidents completely; first in my country Ghana, and then in the rest of the world.

“I’m very grateful to HKU for offering me the scholarship, which will empower me with the skills and knowledge necessary to make nanotech-incorporated vehicles a reality. Graduating from one of the best universities in the world, I’ll be given the global recognition necessary in acquiring funds to make my world-changing dream come true.”

The HKU Scholarship for Future Leaders is awarded to first year undergraduate students to pursue Bachelor of Science degrees at the university on a full scholarship, which includes a $2,600 grant as a start-up fund to support student innovation.

Three other students, including Atilla Kaan Erisir from Turkey, also got into admitted into HKU this year through the scholarship.