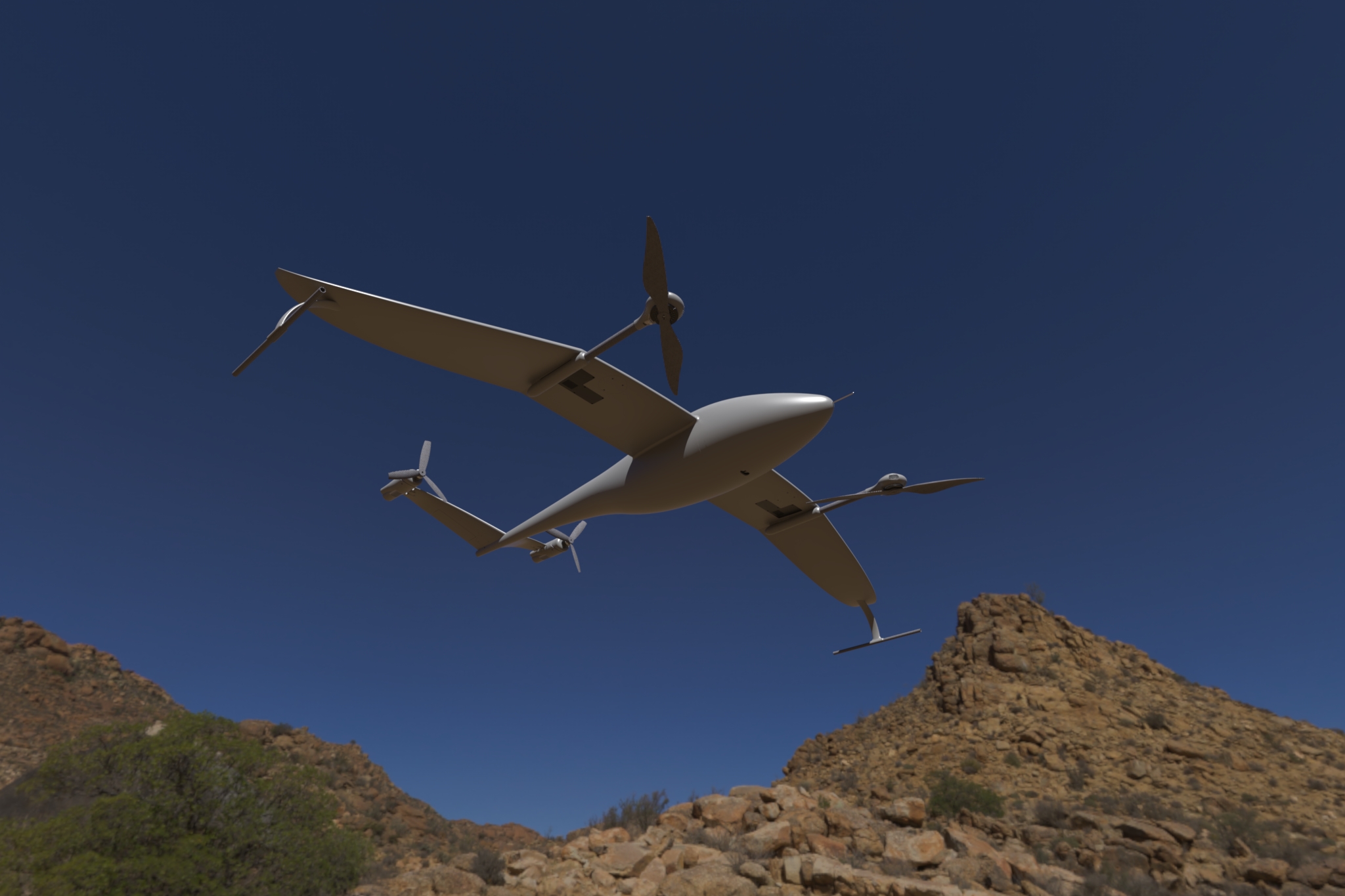 An environment and wildlife conservation organisation is seeking to raise funds to purchase a drone to help in the fight against poaching at a national park in South Africa.

Animal Survival International is a UK-based non-profit environment and wildlife conservation organisation that provides help to restore habitats and provide safe havens for animals all over the world through raising funds and public awareness, among other initiatives.

It has supporters who help raise public awareness, spread the facts and communicate the urgency of action needed to animal species and the environments on which they depend.

In their latest campaign, the organisation is seeking to raise $7,500 to purchase a drone to fight poaching at Addo Elephant National Park, a diverse wildlife conservation park situated close to Gqeberha in the eastern Cape province in South Africa. It is the third largest national park in the country, after Kruger National Park and the Kgalagadi Trans-frontier Park.

“A poaching epidemic underway in South Africa is killing endangered animals including elephants and rhinos every day,” Animal Survival International said in a statement.

“The animals need our help to provide a high-tech drone to locate poachers before they kill animals. The poachers (seek for) rhino horns, elephant tusks, lion bones, leopard skins – in fact, any wild animal body part they can peddle in Asia.”

The organisation went on to explain that the merciless aggression the poachers have while on their illegal adventures has meant that they pose a mortal danger to game rangers patrolling the park, as they are not averse to murder to get what they want. This makes patrolling the park a really dangerous undertaking.

“We need to raise $7,500 (£5,500) to provide Addo with a high-tech anti-poaching drone,” the organisation says. “For animals, drones can be lifesavers. Flown at night and equipped with stealth technology, they identify poachers from their body heat, lock onto them and track them through the bush. This information is sent to nearby anti-poaching teams who home in on the gangs and arrest them if possible.

“A drone like this is an invaluable weapon in combating poaching so, your donation will have an immediate impact on the scourge of poaching and save countless animal lives.”

Addo is said to be home to some 600 elephants, a number of critically endangered rhinoceroses and thousands of other animals. In the past, ASI has helped campaign for additional land for the animals, set up boreholes to provide critical water supplies during times of drought and has also funded translocations to diversify animal gene pools – a critical part of wildlife conservation.

“Drones are also a vital tool in biological monitoring, helping conservation teams locate animals for medical emergencies. A drone will also play an important role in monitoring animals without stressing them.

“Importantly, anti-poaching units can use video footage and images obtained via the drone as evidence in court cases to put poachers behind bars.”

People willing to contribute to this noble cause can get more information here.

How effective is drone technology in detecting poaching activities?

In 2012, Google donated $5million to the World Wildlife Fund (WWF) for the purchase of conservation drones that would fly over parts of Africa and Asia, in an attempt to help monitor and catch wildlife poachers.

To be honest, the jury is still out on this. South African drone consultant, instructor and pilot Graham Dyer actually spent two years on the ground at Kruger National Park (between 2014 and 2016) testing out the effectiveness of drone technology in detecting suspected poachers and rounding them up in good time.

The results were not encouraging.

“I spent two years flying Pixhawk equipped anti-poaching fixed-wing drones in the Kruger national park areas of Olifants, Talamati, Pretoriuskop, Phabeni, Manyeleti, Hluhluwe an Umfolozi (between) 2014-6 with thermal cameras so have a bit of experience in this field,” Dyer said in 2018

“Not to put (anyone) off but some of our biggest problems were the following:

“Poacher detection: I flew 290 logged hours and over 17,400km and I saw just one poacher group (we flew a two-hour endurance per battery at 330ft altitude, 43km/h, viewing approximately 18ha/minute). No apprehensions or arrests for our entire team after 1000+ hrs.

“It is extremely difficult to find two or three people in thousands of hectares of African bush; it might be possible on open plains or on water; but the calculated chance of detection (in the bush) is about one or two percent. Even when flying fencelines with alarm triggers, we still failed to detect anyone, besides anti-poaching personal.”

But then, that was in 2016; technology has got better since then – the cameras have become sharper and the drone themselves can endure more hours in the air. Dyer did offer that poacher detecting drone technology could be helped if the drones became fully autonomous, could stay in the air for longer hours, withstand the weather elements and be able to refuel and relaunch without human interference.

The experienced campaigner is right about location and drone effectiveness – the unmanned aerial vehicles have had more success tracking poachers in their canoes as they try to enter into Liwonde National Park in Malawi. The park shares its entire western border with the river Shire as well as Lake Malombe, and in this instance, the drones have had more success scaring off the poachers; as they can turn on their navigation lights, forcing the poaching suspects to turn tail immediately.

Even with these new technologies in place though, response teams on the ground would need to be really swift once suspect poachers have been detected, as the later have a knack for getting swallowed by the jungle or getting lost in local human settlements, since the drones might have a hard time with facial recognition during the day, something maybe virtually impossible if thermal cameras are turned on.

In response, Cape Town-based entrepreneur Robert Miller developed the Telluraves TR200 Raptor anti-poaching drone, which is designed to work in smaller conservancies and sanctuaries, as these are easier to manage for rangers that the vast national parks.

The Raptor, according to Miller, is capable of flying for up to six hours while carrying a payload of 2,2 kilogrammes (with the payload, the drone will have a total weight of 6,4kg).

Flying on fixed wings, the drone can take off and land vertically, can fly autonomously to execute planned missions; has built-in artificial intelligence for analysis of camera and sensor data and is able to autonomously identify and begin tracking a verified target.

“In the long run, we aim to setup a crowdfunded and donation-based model to help build a fleet of UAVs,” Miller says. “These will be deployed at vulnerable reserves and poaching hot spots around South Africa. Which means that for the first time, smaller reserves with limited resources can benefit from airborne technology without incurring huge costs.”

Research in the area is continuing, as conservation activists seek ways to curb the scourge of poaching, which has put a lot of animal species in danger of extinction.

Some researchers like Serge Wich, an ecologist at Liverpool John Moores University in the UK and co-founder of the non-profit Conservation Drones, hope to help improve the effectiveness of analysing the drone footage by collaborating with a group of astrophysicists to develop drone software that differentiates between humans and animals.

“Once this is finalised, instead of having hours of video to look at that doesn’t have meaningful information, rangers will get a ping when there’s a high chance that a poacher has been detected,” Wich says.

The technology for success is there – but higher spec drones capable carrying heavier payloads, and flying longer ranges with even longer-range target detection equipment (not forgetting the ability to shoot tranquilisers) are still a preserve of the military and, coming at $250,000 per unit, their cost is too steep for most cash-strapped national parks in Africa.

2021 - The year of managing expectations? 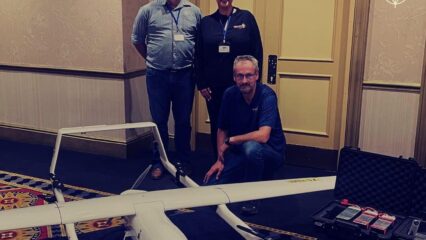 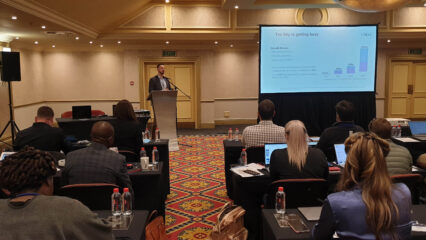 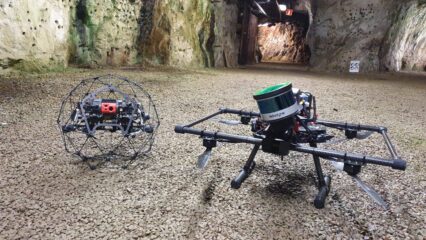 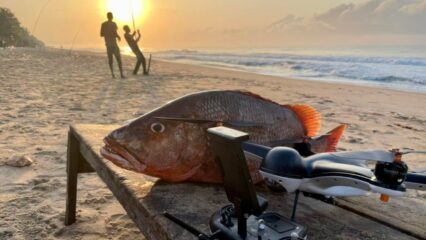