Bridging the healthcare delivery gap in Africa: The story of VillageReach 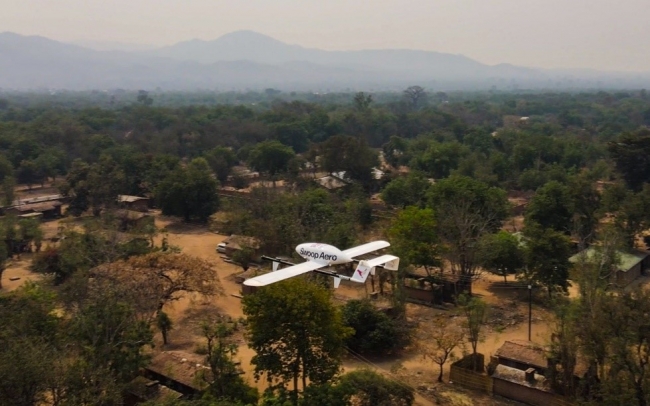 The problems of health care delivery in Africa have for long been a conundrum that has become a study in itself.

From a dearth of health care facilities to the lack of reliable transport networks to allow for the delivery of necessary medical supplies, especially to rural parts of the continent; the situation has sadly resulted in a lot of grief among communities due deaths and health complications that could have easily been prevented.

Children suffering deformities because they could not be vaccinated in time against the deadly early child diseases. Adults living with chronic illnesses dying because they could not get their steady supply of medical doses in time. Whole communities living at the mercy of epidemic outbreaks just because their physical locations are beyond the civilisation of a good road network.

Something had to change.

The advent of drone technology has had a dramatic upturn of fortunes for health delivery in parts of the continent where governments have allowed drones to operate. The exploits of Zipline in Ghana and Rwanda are now well known; as are AerialMetric’s efforts in Madagascar. But there have also been remarkable humanitarian drone-based health delivery efforts by non-profit organisation that may have flown below the radar.

Having now operated medical drone services in Mozambique, the DRC and the Central African Republic, VillageReach is one such organisation.

VillageReach is an NGO working to improve the way health products like vaccines, medicines, and laboratory samples are transported in developing countries,

“This operation not only allows us and the governments to get experience with drone technology, but they also help generate hard evidence in data on the benefits on the supply chain performance and cost,” explained Oliver Defawe, director of health systems at VillageReach, in a webinar on May 18.

The company started trying drone technology to deliver medical supplies in Mozambique in 2015; where Phase One of this project concerned safety and feasibility testing. VillageReach had to get permission to import and use the drones and explore the costs and benefits of implementing them into the humanitarian healthcare delivery operations; which at the time were centred around road transport.

“The first challenge that we took was on designing, implementing, and scaling a new supply chain model that got vaccines to the children in an extremely rural and hard to reach area in Mozambique,” Defawe said.

This phase also included evaluating which technology would be used in the project. VillageReach put out a global request for proposals to select a drone partner, Defawe said.

They came to an agreement with Australian delivery drone maker, Swoop Aero, which also had to conduct test flights and train staff on drone operations, before the humanitarian organisation expanded its focus to the system which the drones would support.

“From there we have extended into a broader mandate around supporting the system delivering medicines supplies,” Defawe said. “VillageReach is made of professionals with extensive expertise in supply chain, health workforce and development, digital health technology, and data analytics. These components are all developed out of our strong belief that the system that delivers most include not just the supply side but also the data in the system that drives demand.”

Five years later, Defawe says the project has had moderate success. They were able to deliver 25 kilograms of vaccines and syringes to five rural health areas to immunise 470 children, complete 80-kilometre round trips at speeds of 115 kilometres per hour, reducing transport times from three hours to just 20 minutes and maintain a cold chain.

“This has lasted five years, almost six now, when mixed with successes,” Defawe said. “Like in the DR Congo, with the first drone supported vaccination session in West and Central Africa. In the end, the experience made VillageReach one of the most experienced partners in the drone delivery space and this allows us to lead the way on the international stage.”

One of the biggest issues they have had during this project was the loss of connectivity. However, they have built redundancies into the drone systems, allowing the autonomous birds to switch from cellular to satellite communications to prevent these problems.

“We’re slowly scaling up a bit with our technical partner,” Defawe said. “We are currently delivering through this region using up to six drones, six days a week, ten hours a day, and I can tell you it’s not easy. It’s quite challenging. Remember, the conditions where we work…Those assets are flying constantly. They can get worn out and pilots are getting worn out.”

Needless to say, such challenges were not a huge a surprise to VillageReach and they were prepared for them. Defawe said they use 3D printers to print replacement parts for the drones.

“This is an example of what VillageReach does,” Defawe said. “We really work to adapt to the context and the conditions and make things work by thinking out of the box.”

The COVID-19 pandemic created an opportunity for technology like drones to fill gaps in health systems to ensure more equitable access.

“The COVID-19 pandemic has made visible to the global community that health inequities are unfortunately a universal reality,” Defawe said. “It has become clear that the previous ways of transporting goods are no longer adequate – we are entering a new era of advanced aerial mobility and drones have been at the forefront of it. As the attention is now turning to how we can ensure equitable access to essential health products such as COVID-19 vaccine, drones provide a potential avenue for ensuring that everyone, no matter where they live, has access to high-quality healthcare.

“I hope VillageReach’s lessons from Africa will help local stakeholders realize that now is the time to prepare and set up the ecosystem needed to utilise drones in emergency response as during the next emergency, it will be too late.”

Drones stepping in to fill the transport gap in Africa