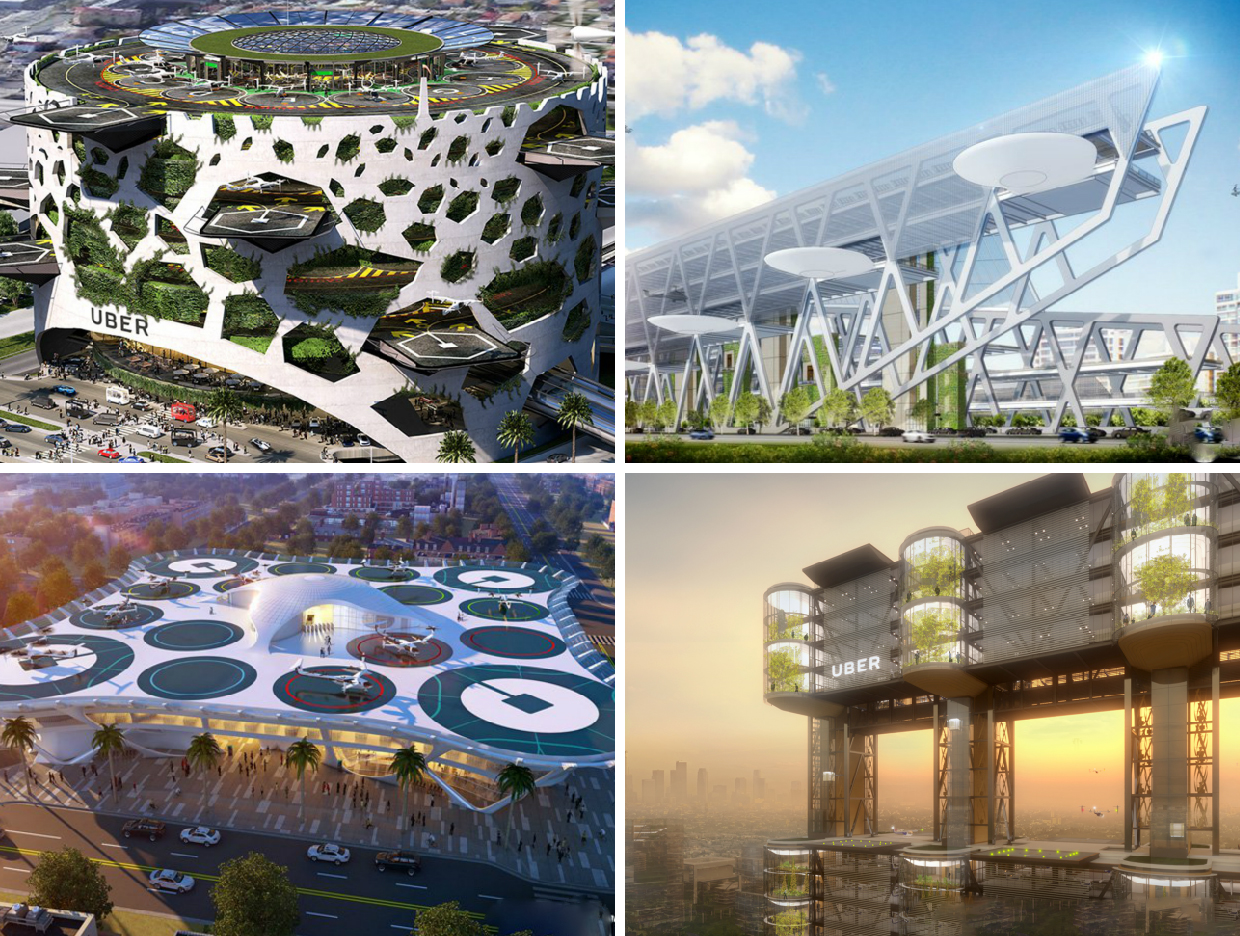 Drones, personal flying vehicles and air taxis may be part of our everyday life in the very near future. Drones and air taxis will create new means of mobility and transport routes. Drones will be used for surveillance, delivery and in the construction sector as it moves towards automation.

The introduction of these aerial craft into cities will require the built environment to change dramatically. Drones and other new aerial vehicles will require landing pads, charging points, and drone ports. They could usher in new styles of building, and lead to more sustainable design.

This research explores the impact of aerial vehicles on urban design, mapping out possible future trajectories.

Already, civilian drones can vary widely in size and complexity. They can carry a range of items from high resolution cameras, delivery mechanisms and thermal image technology to speakers and scanners. In the public sector, drones are used in disaster response and by the fire service to tackle fires which could endanger firefighters.

During the coronavirus pandemic, drones have been used by the police to enforce lockdown. Drones normally used in agriculture have sprayed disinfectant over cities. In the UK, drone delivery trials are taking place to carry medical items to the Isle of Wight.

Alongside drones, our future cities could also be populated by vertical takeoff and landing craft (VTOL), used as private vehicles and air taxis.

These vehicles are familiar to sci-fi fans – the late Syd Mead’s  illustrations of the Spinner VTOL craft in the film Blade Runner captured the popular imagination, and the screens for the Spinners in Blade Runner 2049 created by Territory Studio provided a careful design fiction of the experience of piloting these types of vehicle.

Now, though, these flying vehicles are reality. A number of companies are developing eVTOL with electric multi-rotor jets, and a whole new motorsport is being established around them.

These aircraft have the potential to change our cities. However, they need to be tested extensively in urban airspace. A study conducted by Airbus found that public concerns about VTOL use focused on the safety of those on the ground and noise emissions.

A number of companies are already trialling drone delivery services. Existing buildings will need to be adapted to accommodate these new networks, and new design principles will have to be implemented in future ones.

The architect Saúl Ajuria Fernández has developed a design for a delivery drone port hub. This drone port acts like a beehive where drones recharge and collect parcels for distribution. Architectural firm Humphreys & Partners’ Pier 2, a design for a modular apartment building of the future, includes a cantilevered drone port for delivery services.

The Norman Foster Foundation has designed a drone port for delivery of medical supplies and other items for rural communities in Rwanda. The structure is also intended to function as a space for the public to congregate, as well as to receive training in robotics.

Drones may also help the urban environment become more sustainable. Researchers at the University of Stuttgart have developed a re-configurable architectural roof canopy system deployed by drones. By adjusting to follow the direction of the sun, the canopy provides shade and reduces reliance on ventilation systems.

Demand for air taxis and personal flying vehicles will develop where failures in other transport systems take place. The Airbus research found that of the cities surveyed, highest demand for VTOLs was in Los Angeles and Mexico City, urban areas famous for traffic pollution. To accommodate these aerial vehicles, urban space will need to transform to include landing pads, airport-like infrastructure and recharge points.

Furthermore, this whole logistics system in lower airspace (below 500ft), or what I term “hover space”, will need an urban traffic management system. One great example of how this hover space could work can be seen in a speculative project from design studio Superflux in their Drone Aviary project. A number of drones with different functions move around an urban area in a network, following different paths at varying heights.

We are at a critical period in urban history, faced by climatic breakdown and pandemic. Drones and aerial vehicles can be part of a profound rethink of the urban environment.

Zipline signs up with Intermap