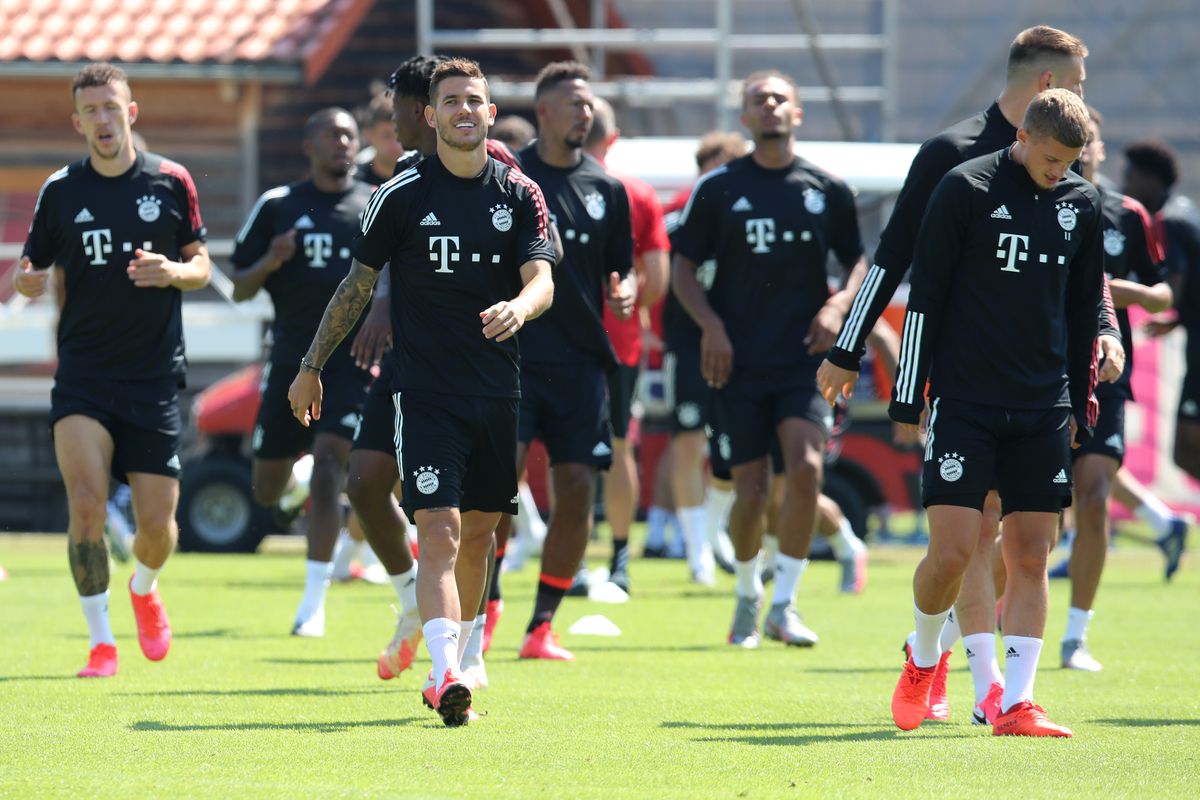 FC Bayern Munich stars had a brief heart-in-mouth moment yesterday when a drone hovered over their training facilities.

The Bavarians were making final preparations for the second leg of their UEFA Champions League Round of Sixteen match against Chelsea of England at Sabener Strasse, when what a drone invaded their training session.

The two clubs will play at Bayern Munich’s Football Arena Munchen tonight. Chelsea have the tough task of overturning the 0-3 deficit they suffered at Stamford Bridge in February, before the Coronavirus pandemic put everything to a standstill.

The drone kept its eye trained on activities below for about five minutes before leaving the scene and landing at a nearby park.

Fears that this might have been a spy mission by their English opponents were allayed when police discovered that the culprits were four individuals who claimed they were just flying to check out the local scene. Upon inspecting the drone, the police discovered a few pictures taken of the training players, which they reportedly deleted.

The four (three adults and a minor) might be in further trouble for flying their drone over private grounds.