One drone delivery station to rule them all? 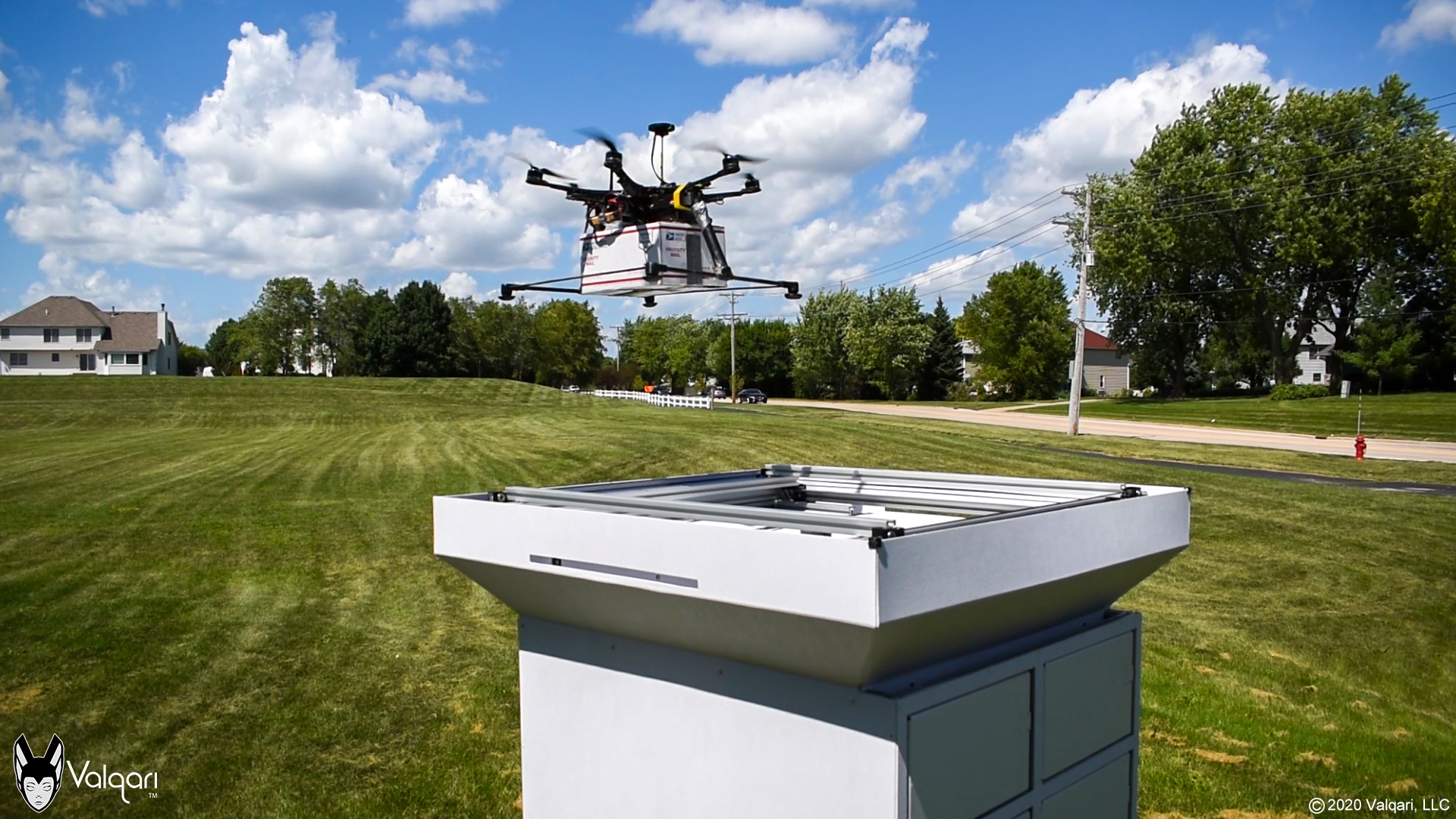 There will be one universal drone delivery station outside your doorstep soon.

The new landing port for delivery drones – set to debut later this year – comes complete with a landing station and six separate storage units, in case you order a lot of stuff that will be delivered by drones, or you use a drone to deliver a lot of stuff, need the space to store items before they fly out. The two-metre tall station can accommodate packages as long and wide as 30 centimetres, and nearly as high too, and also boasts of automated route planning and scheduling features.

It was developed by Valqari, a Chicago start-up that specialises in solving last inch logistics problems with its universal drone delivery infrastructure. The company hopes their latest invention will help them stay ahead of the delivery game, as drone technology spreads its tentacles into the delivery value chain.

Additionally, deliveries and pickups can easily be scheduled on Valqari’s app, which is available for iOS and Android devices.

“This entirely automated process provides communication technology that authenticates and verifies every delivery while also eliminating any potential interference that may happen during the final stage of drone delivery,” the company said in a statement.

The company says its station is entirely drone agnostic and enables a fully autonomous point-to-point delivery to provide a reliable, universal location for drone deliveries and pickups for packages weighting up to eleven kilogrammes. When picking up a package, a drone will perch on the landing port, astride a door, which will slide open to bring up a package to be attached to the drone and lifted off to its destination.

The same process goes in reverse form when dropping off a package – the drone lands the parcel on the sliding door, which will then direct the delivery to a free storage pocket. Valqari says its station has the ability to accept packages in numerous ways, including ones that have to be picked up or dropped via winches, hover-dropped packages, or pickups and deliveries that will be completed via landed drones and traditional methods.

“Our goal at Valqari is to keep paving the way for how people and businesses around the world send and receive packages in urban, suburban and rural areas. Current drone delivery applications don’t properly address the last stage in the delivery process. What we are creating is the only universal, standardised, safe, and secure drone landing station that protects people, property, and packages. Our new Drone Delivery Station is weatherproof, theft-proof and temperature controlled, which is critical for how items like food and pharmaceuticals are properly delivered.”

The case for drone technology in securing goods-in-transit

Hundreds of birds were nesting a in nature reserve. Then a drone crashed…

Drones stepping in to fill the transport gap in Africa

Some DJI drones cleared for use in the USA