Now you can fly a drone without GPS 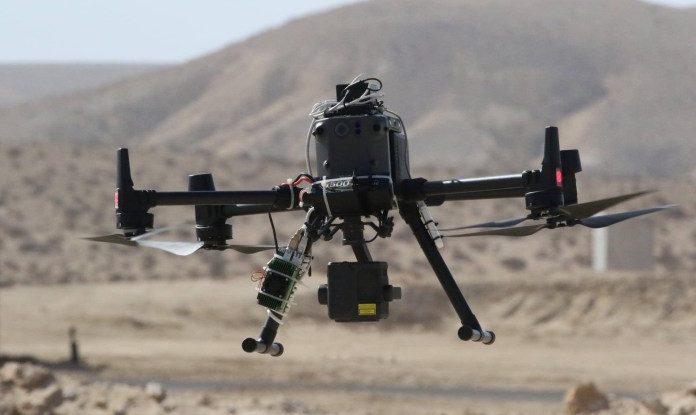 The way it normally works with drones in flight is that, when you want to determine your drone’s location; track its movement or help it navigate from one place to another, you use the Global Positioning system (GPS).

But a company in Israel wants to do away with all that.

And not in drainage pipes, mine shafts or other claustrophobic places where it is natural for signals to be lost – but right in the air, where drones can fly grate distances beyond the visual line of sight (BVLOS), where GPS signals can be deliberately cut off.

Like many smart devices nowadays – phones, watches, cars, aeroplanes, you name it – drones rely on satellites to calculate their location surroundings, flight speed and altitude, through a GPS process called trilateration. If, for one reason or another, a drone loses contact with satellites for its GPS, it could be easily lost or stolen, because the people back at the command centre cannot track it anymore.

It goes dead as a moving, blipping dot on their visual flight controls.

It could be the drone’s signal has been jammed intentionally or otherwise; or a satellite as exploded in space; or even because a solar flare occurs. But the drone will still disappear from your flight radar.

However, Israeli computer software company Sightec, which offers solutions for computer vision and Artificial Intelligence related problems to the autonomous flight industry, looks set to circumvent problems like signal jams; after they successfully flew and landed a drone without the help of GPS navigation in tests conducted in Yeruham in the Southern District of Israel last week.

The test was part of NAAMA, the Israeli drone delivery pilot program involving the Israeli transport ministry, the Civil Aviation Authority of Israel (CAAI), the Israel Innovation Authority and Ayalon Highways, who came together to research on the best ways to integrate drone technologies in managed airspace in the country. Sightec was contracted to present the GPS-denied environments bypass system by Ayalon Highways, which has been scouting for technologies that offer alternatives in case of GSP disruption.

“The successful test is an important milestone towards the approval of drone delivery operations in Israel,” Sightec said in a statement. “The current test is examining how vision-based navigation technologies can help drone operators address the increasing threat of GPS signal disruption.

“This kind of disruption can originate from a bevy of sources, including enemies seeking to disrupt a military mission, individuals using them for their own purposes, satellite malfunction, and even solar flares; making it critical to develop other forms of navigation and reduce our reliance on GPS. Keeping a safe flight route in a GPS-denied environment is an essential condition for autonomous drone flights, to ensure that the drones do not endanger people, cars or other aerial vehicles.

For a successful test process, a signal jammer was used to create GPS-denied zones that would effectively test how the drones would navigate safely to their destinations without relying on the satellite infrastructure.

Said Sightec; “The NavSight software system developed by Sightec enables camera-based visual situation awareness for autonomous aerial day and night missions, including vision-based navigation and landing (GPS-free), detection and classification of ground and aerial objects as well as 3D mapping and change detection for a full understanding of the ever-changing environment of the drone.

“NavSight can work with any off-the-shelf camera, turning it into smart affordable sensors that automatically kick on whenever GPS fails, to enable the drone to see and understand its surroundings like the human pilot.”

NavSight was developed with collaboration and input from Simplex Interactive, a company that developed FlightOps, a drone operating system which allows for the operation of multiple drones beyond visual line of sight and in shared airspace.