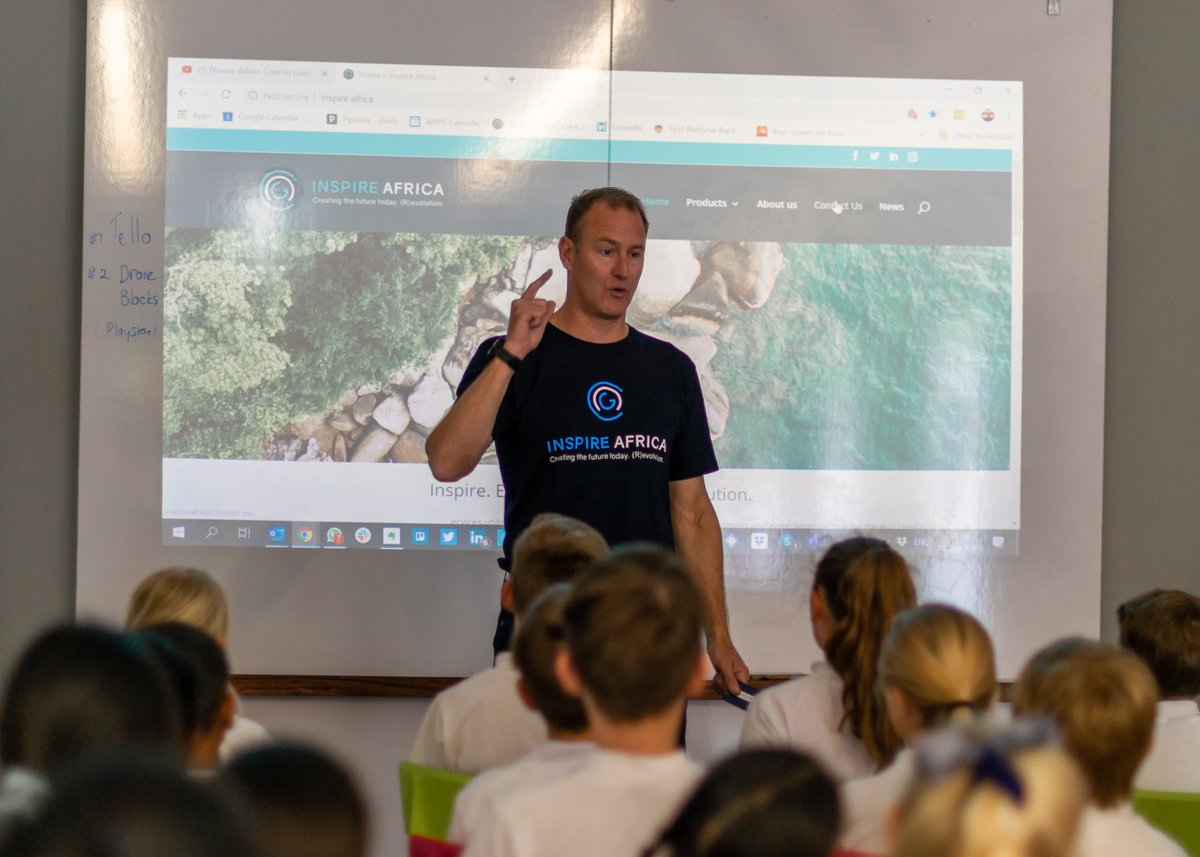 A South African organisation has taken up the challenge to prepare African children for tomorrow’s workplace by embarking on a drone coding programme that equips students with skills in STEAM subjects.

In this world, we now know for sure that a decade from now the employment landscape will not be the same as it is today – with many jobs disappearing, and many more taking their place. The only constant change is the exponential rate at which disruptive technologies are changing the way we live and work.

The Internet of Things and other inventions have helped usher in the Fourth Industrial Revolution; an industrial age where factories have become smart, automatised and more robotic than ever.

In such a smart world, it would be disastrous to equip our children with traditional career skills that that could see them being redundant before they even complete their education. Digital photography and the camera button on the cell phone killed Kodak, cars are now driving themselves, and robots are becoming ubiquitous in smart factories. We are on the very edge of another disruptive industrial step. The trick to the future could lie in teaching the children to be as smart as the industrial world they will be joining after school; instead of indoctrinating rigid career knowledge in them, it would be better to teach them languages that would enable them to upgrade and adapt to industrial needs.

“It used to be that in the past, one innovation led to another,” said Simon Robinson, founder of Inspire Africa. “But today’s technologies have abandoned the linear route and gone exponential. It started with automation, manufacturing, then went on to big data. Today, we have robotics, artificial intelligence, virtual reality, 3D printing and Unmanned Aerial Systems. And now with cloud computing, the machines are getting smarter by the instant.

“The common denominator with all these technologies is computer programming/coding.”

Given these technological realities, Simon figures that it is only imperative that children understand the disciplines of Science, Technology, Engineering, Arts and Mathematics (STEAM) from a tender age.

“One of out of three children starting primary school today will be working a job that is not in existence today,” he says. “On the other hand, 70 percent of future jobs will be in the field of computer science. It is therefore critical that today’s students develop skills that embrace coding and STEAM education, so they understand their relevance in society and the future workspace.”

And as a drone enthusiast himself, Simon naturally found a way to use drone technology in teaching STEAM education to school kids. His organisation, Inspire Africa, signed up with American STEAM education provider Droneblocks, which uses drones to take students through the basics of block style coding while applying the fundamentals of science, mathematics and logic

Once they have grasped the basics, students will then test their code on small and indoor friendly drones that will fly autonomously in the classroom. From there, they will move on to more challenging coding programmes like Python. Introducing drones into the classroom in such a cool way has made them an exciting way to lure children into computer programming, coding, and drones. In addition, the Droneblocks curriculum offers new a JavaScript course, where students will dive into the world of flow-based programming with Node-RED for drones. Node-RED is a powerful visual editor for developing custom software for IoT, the Internet of Things. Since the drones can be programmed using UDP this makes Node-RED a logical choice for building advanced drone missions.

Says Simon; “Our coding programme works with drones that at widely available on the market, can connect to the internet, and can work with Android, iOS and Chrome applications. Students will be able to fly the drones for 13 minutes.”

As of now, Inspire Africa has worked with over 12,000 pupils (of ages between seven and sixteen years) in 27 schools from sub-Saharan Africa. 84 teachers have also benefited from the programmes, which include STEAM Drone Coding, STEAM 3D Printing, Drone League and Advanced Drone Proficiency Courses.

DJI's Mavic Air 2 is out

Helping kids to fall in love with STEAM Education