Hello World… We are Drones.R.Africa 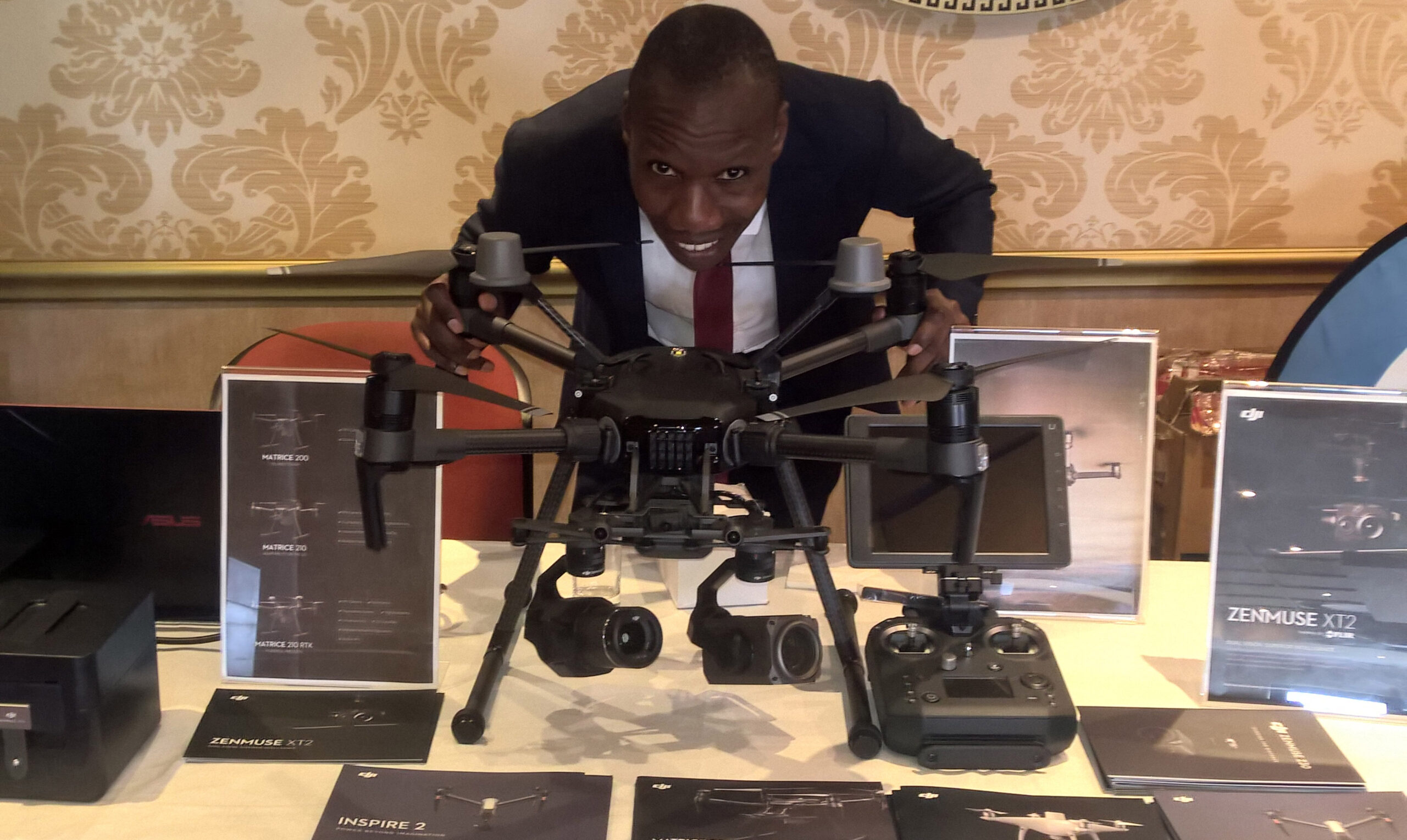 Welcome to this, the home of African drone and UAV technology news, which we are opening amid the pomp and fanfare of… no pomp and fanfare at all. It is quiet outside; the world has been quiet since March. Some people say it is good for the environment, that it will be all for the better for the environment if we all stayed inside and not opened industries. It is good for the animals and the atmosphere and for our dear oxygen. We will breath cleaner air they say. But what good is clean air for if we are going to stay inside for eternity, I ask you?

So. The drone. It has a legal name you know. Just like your pals Dick, Bill, Ted, Ike, Jack and kitty and etc have legal names. The drone is legally known as the Unmanned Aerial Vehicle. But drones sounds better; at least to us here. It makes the drone feel like a friend. Which it is actually. A friend. Hey Drone; come here, girl. Meet reader. Reader; Drone.

A drone is anything you want it to be; you can fling it high up there so it can take high quality images or videos of yourself and your human friends. You can send it out to convey your feelings to your crush (yea; you can too. Like New York photographer Jeremy Cohen did early this year. Jeremy espied Cinderella… no, not Cinderella. Cignarella. Toni Cignarella. Jeremy saw her dancing on her rooftop. He wanted to ask her out, but the COVID-19 was scything its way rapidly through the New York City population, and social distancing rules were kicking in. Mr Cohen got creative, and flew a drone to her roof with his number attached on its back.

Spoiler alert: The gamble paid off).

You can use your drone to survey an area to prevent crime from happening. You can fly a drone over your farm, or deep into your mining shafts, so it will do work that is too dangerous for human to undertake.

You can do anything at all with a drone.

And here at Drones.R.Africa, we will intimately show you all the various ways in which you can make the drone your ultimate friend. We know we are starting small right now; but as they say, all great ideas start from the couch. Of course, nobody ever said that, but there you go. The truth is, we just love drones. They are cool and they do cool things. We especially love the way in which drones do cool things for you, and we like explaining all the cool things that drones can do for you, and that they are here for good. All puns intended; whether we like it or not, drones are here, they will be here for a long time, and most of them want to make our lives better. Some of course, do have ill-intentions, just like there are criminals among good people, and just like there are laws against law breakers too.

We all know – even if they say the prices are now coming down as drones became ubiquitous – the really good drones are still really expensive. There is a start-up in Zimbabwe that received a quotation of US$18,000 for a single drone. They ended up cannibalising parts to build their own drone, which eventually cost them 4,000. That’s a difference of three drones. As a result, we will also be promoting every effort by start-ups and established organisations to build drones locally so they can be affordable to people and organisations that need them.

We are also aware of the laws and regulations regarding drones; apparently, there are a lot of places where you are not allowed to fly your drone, some, like airport surroundings, for good reason. Somewhere in the words above, we did mention the case of Mr Cohen, whose drone helped him find love during his country’s lockdown – but flying drones above people’s private property can be really creepy, and you might not want to make it a habit. However, why we do find the abuse of drones abhorrent, we understand there are some laws, regulations and requirements that are detrimental to the growth of the drone industry in Africa. In many countries, operators have to part with an arm and a leg just to be able to register their drones, and in some cases, drones have been treated as if they are Airbus 350s and required to conform to terms that are too stringent for something you could easily fit in your backpack. We will find legal experts on these issues, and find out if we can have drone laws that are acceptable for all the stakeholders in the industry.

With your support, we will make this your front page for Africa related UAV news. We will brave the stormy waters, climb the highest mountains, ski to the Arctic if we have to, upend every nook and cranny if it means we will bring you the latest news about drones as they relate to Africa. In a world that has seen so much change in just a short time due to disruptive technologies – the internet of things and the fourth industrial revolution among them – we as a continent cannot afford to be left behind. It is high time our younger generations caused a technology disruption of their own; seeing as we are a continent rich in most of the raw materials that have been ingredients for many of the technologies disrupting the world today. We have witnessed how jobs are sprouting up that did not exist just a decade ago, while some jobs are being made redundant by technological advancement.

As a continent, we need to stay on the frontline of technological disruption, and as a technology, drones have already proved their worth in agriculture, disaster management, health, emergency services, search and rescue, mining, construction, among several other feats. It is our fervent hope that when you come onto this site, you will sit back, relax and drink your fill of drones and their good works on the African continent. We want to be the place where, when you click on a story, you would want to click on another; not because we have click-baited you, but because we have brought you so much value you will want to know more.