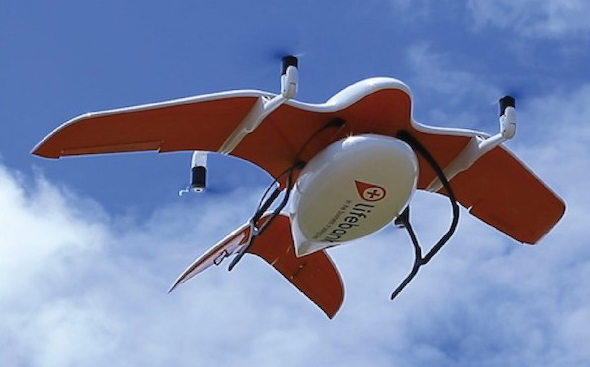 There must be some real good vibes around the Nigerian drone technology landscape right now.

On one hand you have AirSmat, a drone software start-up that recently had $100,000 injected into its operations by UK investment company Zetogon.

The London-based venture capital company says it has pledged its finances to grow businesses in Africa whose passion for solving today’s challenges through digital innovation matches Zetogon’s. Its seed capital is set to help the Nigerian start-up at a time when the later is ratcheting up efforts to promote its flagship SmatCrows product to its client base.

“The funds will be used to support the launch of the software services designed to change the agricultural landscape by providing AI driven data that will add value to farming and all agro-allied businesses,” Zetogon said in a statement.

AirSmat is a drone software company that develops software solutions for commercial drone applications in industries like agriculture, construction, GIS, survey and mapping, inspection; and oil and gas. Their new product – the SmatCrows – is a mobile app which drone operators can use to map out areas they intent their drones to fly into, work out the flight path, altitude, speed, image capture, among other applications.

“The new investment will enable AirSmat to further build on its position as a startup that helps customers to proactively take business decisions backed by intelligence obtained from AirSmat AI-based platform,” says Adeoluwa Ibikunle, Chief technology Officer at AirSmat. “We are starting out with food security for the continent; our solution allows smart farmers to gain control of their crop yield and general farming activities.

“Our innovative and creative approach will use world-class AI-powered software aimed at improving the efficiency of African farmers in terms of yields and productivity using the power of AirSmat Artificial Intelligent (AAI) driven software. The software will provide timely information about the state of their crops and general operations on their farmlands.”

On the other hand; medical delivery start-up LifeBank is growing to strength to strength; to the extent that it is now expanding its operations to East Africa; into Ethiopia and Kenya. The company that Temi Giwa-Tibosun started to save new mothers from the fatality of port-partum haemorrhage uses drones, motorcycles and boats to avoid traffic delays when transporting blood and oxygen to save a mother’s life.

With nearly 200 million citizens making it Africa’s most populous nation, Nigeria has the world’s grimmest statistics on maternal mortality, with the World Health Organisation estimating that the country had 800 maternal deaths per 100,000 live births – accounting for 20 percent of the world total. Preventable as it is, PPH is one of the leading causes of maternal deaths in Nigeria; the LifeBank proprietor herself was inspired to found her start-up after experiencing PPH when she gave birth. Luckily, she was in a good hospital, and got help in time.

But in 2015, 58,000 mothers in Nigeria were not so lucky, and they lost their lives while in the process of giving birth. The poor health system in the country has not improved either; as 180 women still die daily due to complications during pregnancy and childbirth.

And, following a particularly harrowing experience in Northern Nigeria, where she came watched helplessly as an expecting woman suffered in labour for two days, with no blood available to replace the one she had lost, Giwa-Tibosun decided she could not just stand by and watch.

“Some facilities can’t get enough blood, while others have a surplus, and end up discarding what they don’t use because it expires,” said Giwa-Tubosun, LifeBank’s founder and CEO. “Our system allows us to better coordinate and manage local supply and demand so health care providers have what they need, when they need it, and no blood is wasted.”

“We know that many maternal deaths can be prevented if women have timely access to a skilled health provider and a well-equipped health facility. Merck for Mothers is excited to be a part of this innovative and catalytic investment with LifeBank to support improved maternal health and address this critical need during childbirth,” said Dr. Mary-Ann Etiebet, Lead and Executive Director of Merck for Mothers, whose organisation has pledged $500 million to help eradicate situations where women have to die while giving life.

Bridging the healthcare delivery gap in Africa: The story of VillageReach