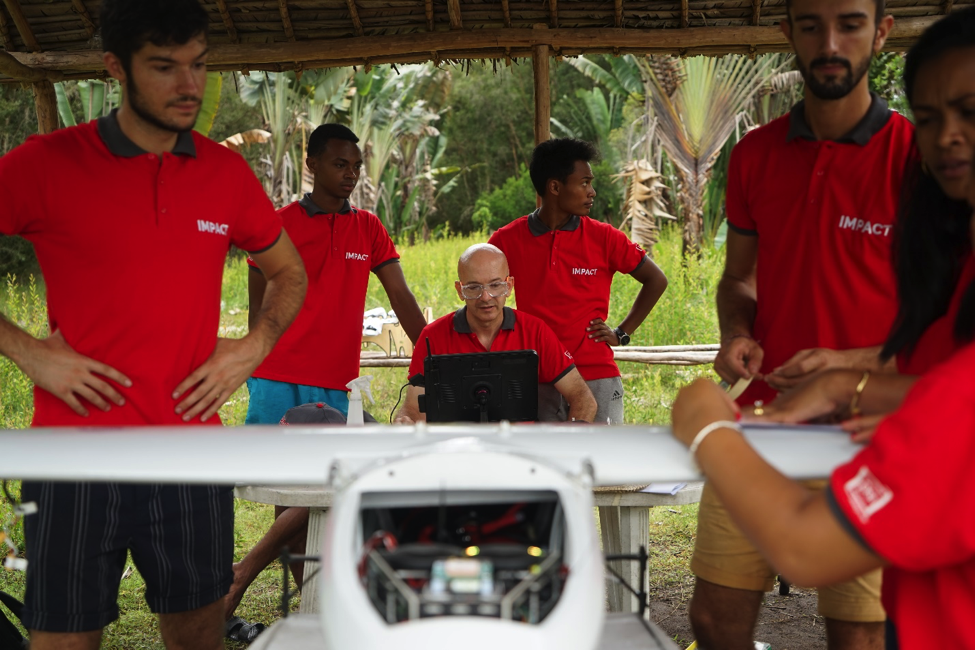 It is the McDonald’s; the KFC; the Burger King of unmanned aerial systems; except that Flying Lab’s Franchises do not work for profit. Their work is for the public good.

“We are thrilled to welcome the Madagascan team to the Flying Labs network and are excited to share their expertise with more than 25 other labs around the world, and vice versa,” said WeRobotics, the not-for-profit parent of Flying Labs. “They have just delivered Polio vaccines, for example. Together, the team directly contribute to Madagascar’s economic development by designing, assembling, testing, and repairing all their drones in Madagascar. The team has also created local jobs indirectly. For instance, the parachutes and cardboard boxes they use for the drone deliveries are also made in Madagascar.”

Before their admission into the growing Flying Labs family of public service drone providers, Flying Madagascar were known as AerialMetric, a French/Malagasy company that has been designing and developing aeronautical solutions for mapping services in Africa (particularly in Madagascar) for the past fifteen years. Since 2016, the company has been working the Madagascar government and international NGOs to design cargo drones for the delivery of life-saving health products that include antimalarials, antibiotics, contraceptives and water-treatment tablets to the most secluded populations of Madagascar. The drones are partially designed and fully assembled in country.

Their primary aim is to promote social good by developing cutting-edge drone-based solutions to facilitate the work of humanitarian and development actors (NGO, UN agencies, governments, etc.), particularly those operating in public health, research and environment and emergency response.

The organisation had to undergo a robust compliance test in which they had to convince WeRobotics of their demonstrated track record in providing trainings and/or carrying out high quality and impactful social good projects in a specific country.

“All activities (trainings, projects, etc.) done under the Flying Labs brand must be focused on scaling social good projects. Purely commercial work cannot be done using the Flying Labs affiliation. That said, this does not mean that Coordinators of Flying Labs cannot do commercial projects – they simply need to do these projects using a different affiliation. Companies can join the network without creating a new organisation.”

In other words, franchises under Flying Labs can undertake commercial activities – they just do not have to do it under the Flying Labs name and logo.

Flying labs also require that coordinators for their franchises be citizens of the countries their enterprises are based in, and also spend at least 70 percent of their time in those countries each year. This goes with the parent organisation’s belief that there are always people with requisite knowledge for each technology in every country, and that it is better to engage them first for any public good projects, before roping in expatriate expertise.

The are currently 29 Flying Labs in the world, 17 of which are in African countries including Benin, Burkina Faso, Cameroon, Senegal and Zambia.

Drones in the medical sector

The women of Flying Labs on International Women’s Day