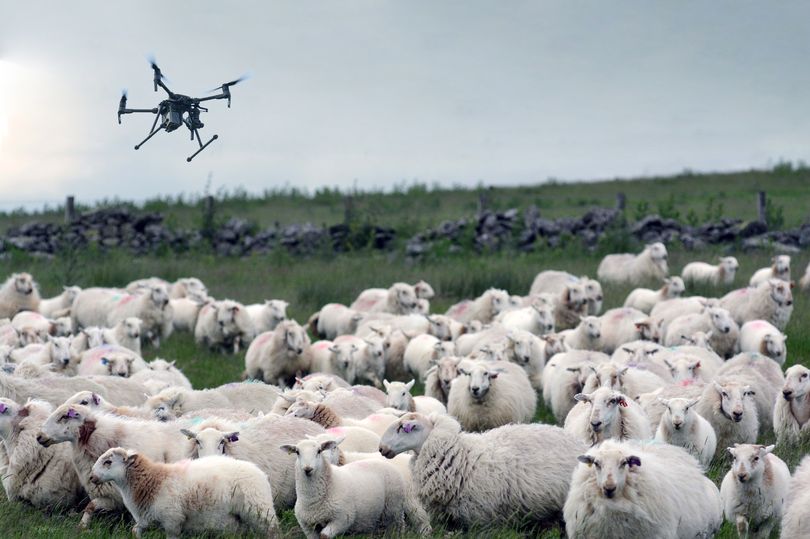 That is what drone agriculture drone professional Louise Jupp feels about the use of drones in livestock farming.

Although conceding that the use of drones on livestock farms is a bit more complex than their use in traditional crop precision agriculture, Jupp says she has no doubt about the potential of drone technology in helping farmers take care of their animals.

But for now, patience is the word. Farmers need to give the technology time to understand all the aspects of livestock management and correctly identify all the niches in which drones can be helpful on ranches.

“Media headlines today are focussing on only the potential benefits of drone technology and raising expectations without necessarily having seen whether or not these things are going to work well enough,” Jupp told an audience at DJI’s AirWorks 2020 Conference last Friday.

Her paper was titled Watching you Flock at Height, and it in, Jupp gave a summary of the possibilities that abound for drone technology in managing animal farms.

“If you look at the headlines, some of them are interesting in terms of what they proclaim is going to happen – checking livestock, releasing drones that literally bark up in the air and capital management… Inevitably some of this enthusiasm starts to present scenarios that that would seem a bit like a pie in the sky… like using drones to look after your farm from comfort of your home, and keeping an eye over your head at all times.”

But it could be really hard to curb the people’s enthusiasm though; after witnessing what drone technology has done for crop farming – increasing yields through smart crop dusting, optimising harvest times, checking crop health, inspecting fences, among many other achievements – it is only natural that expectations are raised when it comes to drones and their foray to livestock management.

And during her presentation, Jupp drew a picture of just how big a pie drone technology could be in the livestock sky.

“One of the biggest opportunities that has been touted a lot is using drones for animal management, and that includes herding animals, general surveillance of animals on the farm, and especially looking for lost animals,” Jupp said. “This has been particularly popular in Australia and New Zealand; and in South Africa drones have been used for sheep farming. There are also examples in North America, especially in Canada.

“Another example is drones being used for inspections, and in maintaining farm infrastructure used by animals, such as watering holes as well as feed areas and fencing. Australia and New Zealand again pop up as key examples, as does South Africa and North America.”

Jupp went further to point out that drones could also be used to track the movements of predators like jackals that have preyed on sheep on farms in South Africa, especially during lambing. And still on tracking, drones could also be used to monitor animal health, by using software that connects the drone to the RFID tags attached to animals these days. So instead of waiting for the livestock to return to the pen and inspecting them physically, drone can be deployed.

“The uses identified here are being touted as much because drones can cover large distances in short amounts of time, and that’s one of the biggest benefits they bring to livestock farmers,” explained Jupp. “They save farmers time too, and save on farm vehicles’ wear and tear. In some cases, the suggestion has been that drones even help to save lives; from the perspective of trying to find lost animals, you will know exactly where they are if you deploy a drone first, and you can get to them more directly, and perhaps not put yourself at risk by having to resort to a blind search.”

There are a lot more instances in which drones can be useful on animal farms, but as Jupp warned, these will only work if drone technology is allowed to grow by fumbling in the dark and making some mistakes along the way. Authorities have been quick with the axe where commercial drone applications have been concerned, effecting blanket bans and other stiff restrictions like outlawing flights beyond the drone pilot’s visual line of sight, which is a vital part of managing livestock on big farms.

“Although the use of drone technology in livestock management is not so widespread right now, its potential in revolutionising the sector is undoubted,” Jupp said in conclusion. “It is a challenge that must be risen to by taking into account the needs of livestock farmers. A bit more time is needed to prove the value of drone technology over the traditional methods that livestock farmers are currently employing.”

On our way: Zipline’s quest to be the medical drone logistics company of choice

A Cadillac passenger drone? It could happen

Drones for sustainable development in the Global South