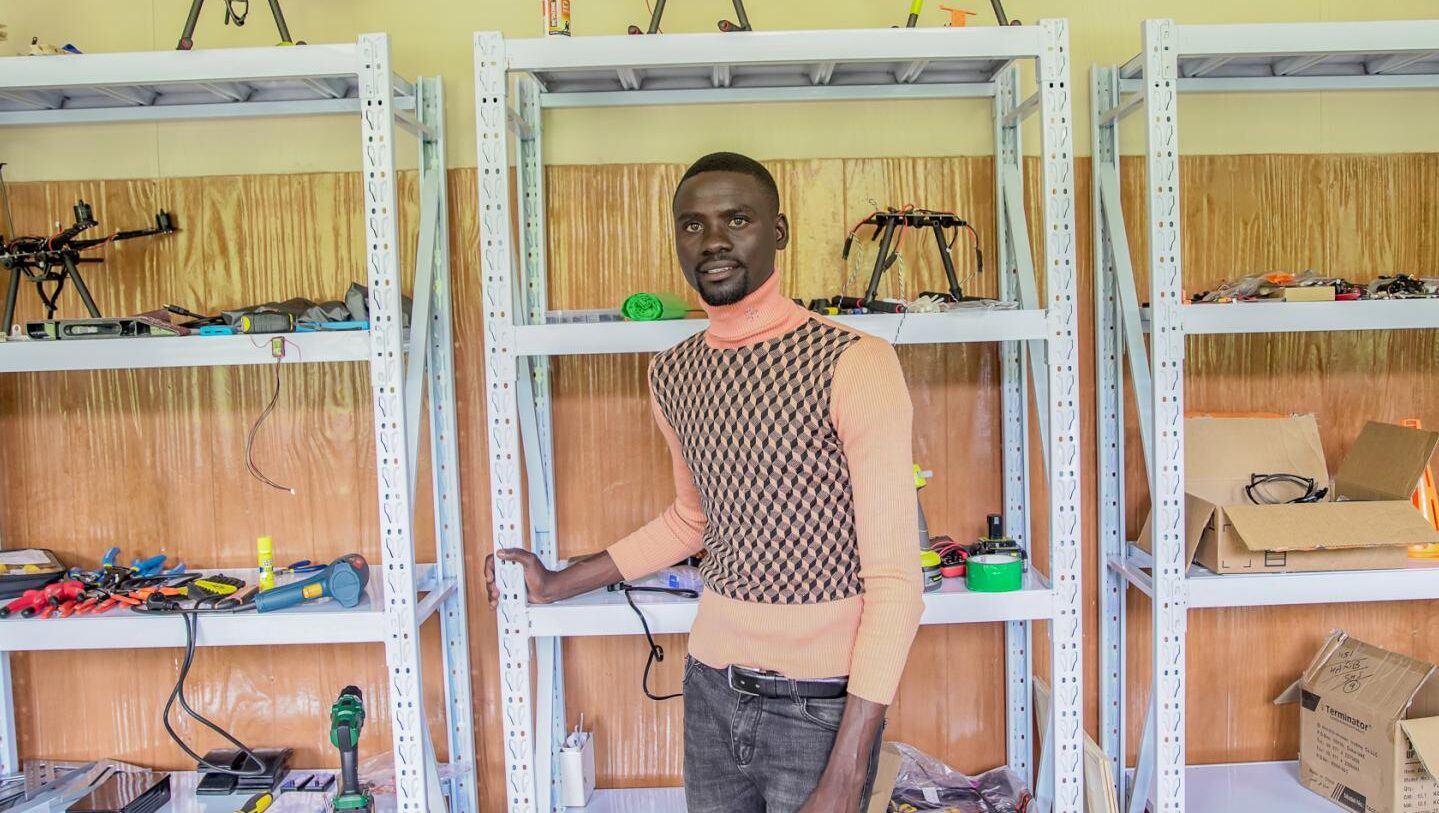 At the Africa Drone and Data Academy (ADDA) – the first and to date the only school in Africa dedicated to teaching African youth about drone technology – they do not just teach their students to be adept at the theoretical and practical methodologies in making, testing and flying drones.

It is kind of a paradox, we know.

But it is true. The ADDA curriculum allows young people to learn how to construct and pilot drones, to integrate them into a supply chain system and to analyse drone data; but it also goes beyond that – it equips its students with critical thinking and entrepreneurial skills, invaluable attributes that will give them an opportunity to strike out on their own after graduation, especially with the drone industry as young as it is and finding its feet on the continent.

Entrepreneurship skills have always been one of the big black holes of tertiary education in Africa, which many of their students waiting to be employed by established organisations after leaving graduate school, with neither material means nor the courage to establish their own projects.

But ADDA is trying to change all that; and when its graduates go out into the world and chart their own paths with the knowledge and skills acquired from the academy, ADDA can afford to pat itself on the back and say, job well done.

Because that is exactly what some of those students have done; and Nyasa Aerial Data Solution (NADS) is one of those babies.

Situated not far from ADDA in Lilongwe, Nyasa Aerial Data Solution was started by a group of some of the academy’s first graduates – seasoned GIS specialists with drone piloting skills recognised by the Malawi Department of Civil Aviation and the Association of Unmanned Vehicle Systems International (AUVSI) and modern expertise in designing, building, operating fixed wing and multi rotor drones; collecting and analysing geospatial data.

“So far, the company has worked with GLOBHE (an enterprising crowd-droning platform founded in Stockholm by Helena Samsioe in 2015) through provision of aerial mapping services with drones in a flood mapping assessment in some areas of Lilongwe and Zomba district, Malawi,” says Treaser Mandevu, data analyst and mapping technician at NADS. “The company has also partnered with GeoWGS84 Corp to support in provision of high resolution orthomosaic images.”

A bit of background to the uninitiated: The World Geodetic System (WGS) is a standard for use in cartography, geodesy, and satellite navigation including GPS, which includes the definition of the coordinate system’s fundamental and derived constants, the ellipsoidal (normal) Earth Gravitational Model (EGM), a description of the associated World Magnetic Model (WMM), and a current list of local datum transformations.

The latest revision is WGS 84 (also known as WGS 1984, EPSG:4326), established and maintained by the United States National Geospatial-Intelligence Agency since 1984, and last revised in 2014. Earlier schemes included WGS 72, WGS 66, and WGS 60.

WGS 84 is the reference coordinate system used by the Global Positioning System.

So; for a start-up like NADS to work with GeoWGS84 Corp – an all-source, e-commerce enabled global marketplace for geospatial products, including drone imagery, LiDAR, digital elevation data and location intelligence and geospatial software – is a really big deal.

Before setting their foot on the Malawian soil, GeoWGS84 Corp have for years been operating in fourteen other countries, including Australia, Germany, Japan and the USA, helping their enterprise customers with aerial data collection, processing and extracting other datasets out of the collected data.

The Malawian start-up is excited too.

“We are extremely excited for GeoWGS84 Corp’s expansion into Africa by choosing NADS as a local partner in Malawi,” said NADS founder Regeza theodore Kamunga. “This is a great time to respond to the challenges that our world is facing, and it will be enhanced by collecting high resolution aerial imagery.”

But the whole journey to the doors of NADS should feel unreal for Kamunga, a Democratic Republic of Congo native who found a home in Malawi after leaving his war-ravaged homeland. Before enrolling with ADDA, Regeza was working as a refugee counsellor with the Jesuit Worldwide Learning in Lilongwe.

It was through his work at JWL that Kamunga – a passionate technology aficionado whose quest for an electrical engineering diploma back in the DRC had been cut short for security reasons – crossed paths with Dr Kevin Kochersberger from the Virginia Tech, a major education partner of ADDA.

It was Dr Kocheberger who encouraged Kamunga to apply for a drone course at ADDA.

“So far, I have learned a lot about drone technology and the use of drones to solve social problems like floods, health issues, and how to use data to develop maps,” Kamunga told UNICEF last year. “Acquiring these 21st  century technology skills aligns well with my passion of assisting rural and displaced populations in accessing resources that are currently only accessible in cities.

“Access to healthcare in the refugee camp where I live is a challenge. When children suffer from common illnesses like Malaria or when there are outbreaks of diseases like cholera, I can use drones to shorten response time and save lives. I have lived in a rural setting and know the challenges that rural people face. This experience will help me to link the technology to possible solutions for problems experienced in rural areas.”

These experiences have inspired NADS to help establish the Bunda Youth Mappers club at Lilongwe University of Agriculture and Natural resources, where young people are given a chance to acquire drone technology skills and use them in their academic research.

Drones and the construction world